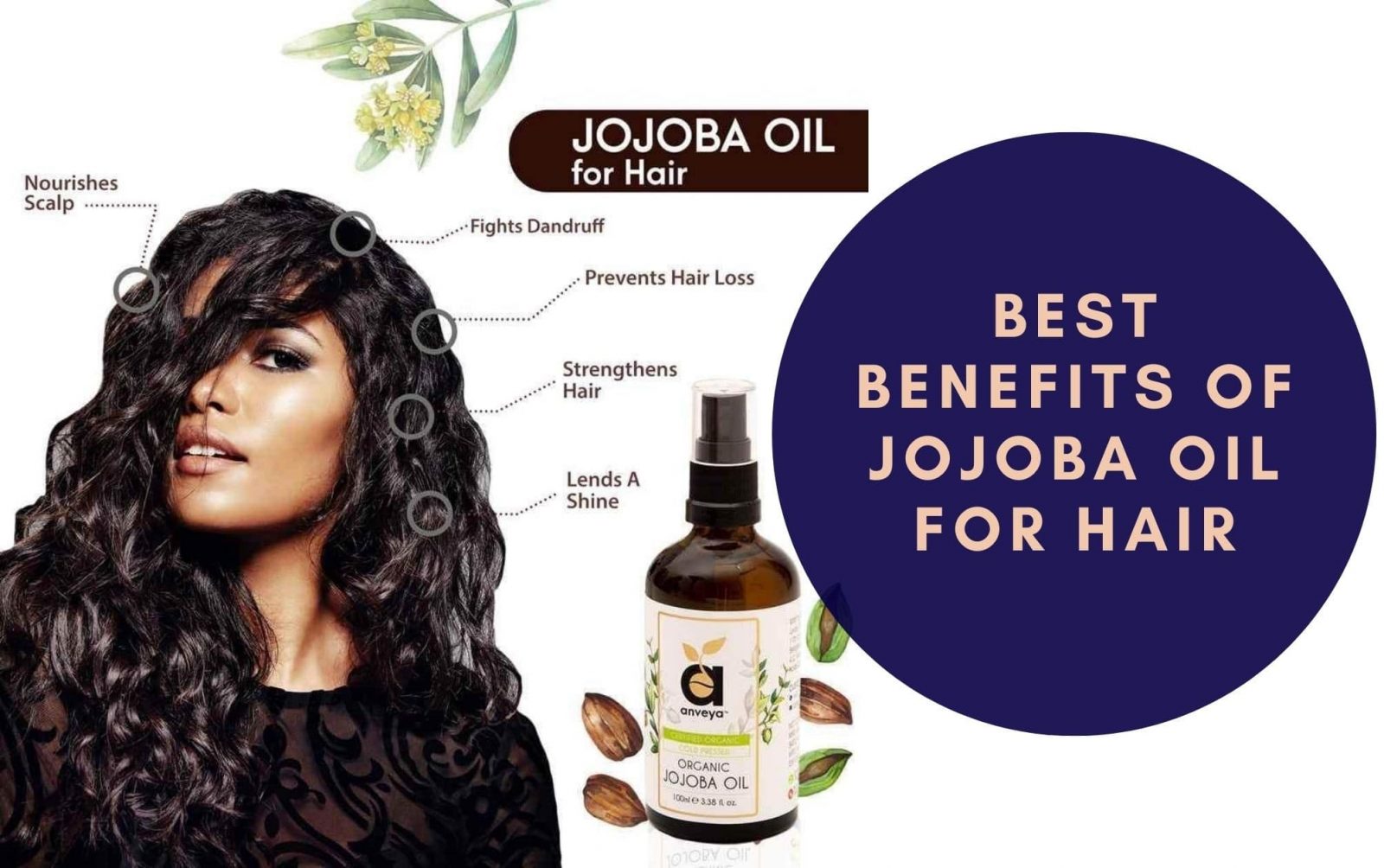 What is Jojoba Oil?

Jojoba oil is an oil-like wax that’s extracted from the seeds of the jojoba shrub. The jojoba plant is a shrub from the southwestern United States. It grows within the desert regions of Arizona, Southern California, and Mexico. Manufacturers began adding oil to cosmetics and foods in the 1970s. It is incredibly versatile, and its uses are just too numerous to count. Cosmetic is one of the most common uses. It is found in a wide variety of products for hair, skin, and nails.

Benefits of jojoba oil for hair

Jojoba oil has an oily formula and thus can be used as a moisturizer. It can also be added to conditioners to give you extra protection from dryness, breakage, and split ends. The oil can also moisturize the scalp and can be a dandruff reliever.

Jojoba is rich in vitamins and minerals that nourish hair, including vitamin C, vitamin B, vitamin E, copper, and zinc. Since it strengthens the hair, jojoba oil is also believed to be able to prevent hair loss and boost hair density. The idea behind this is often that the oil moisturizes the hair follicles and prevents the dryness that results in hair loss.

Others Jojoba Oil Benefits for Hair

There are many claims about Jojoba oil benefits for hair and what it can do for your hair. Some of them are subtle and support research while others may be a bit extended. Using jojoba as a hair and skin conditioner is its main benefit. A recent dermatological examination confirms this. Newer patents also include this product as a major ingredient in most shampoos and conditioners, endorsing its inclusion as an important microemulsion in hair care products.

Micro emulsifiers help transfer the active ingredients in the product. Other common micro-emulsifiers are beeswax, carnauba wax, or allied grass wax. For this reason, jojoba oil can prevent hair loss and straighten curls. It can also be helpful in treating dandruff, dry scalp, and itchy scalp, and it can also be used as an anti-inflammatory and skin conditioner.

Can you Use Jojoba Oil for Hair Growth?

Anecdotes indicate that jojoba oil can stimulate hair growth. However, there are no scientific studies to support this. Jojoba oil can help repair dry, brittle, and damaged hair. It moisturizes the hair and scalp and forms a semi-permeable layer to lock in moisture and allow the scalp to breathe. As it penetrates the hair shaft, it rejuvenates dry and damaged hair.

The sebum produced by the sebaceous glands covers the scalp and hair and keeps them hydrated. Since the molecular structure of jojoba oil is similar to that of sebum, it does the action of natural oil to keep the scalp hydrated and hydrated. This improves the health of hair follicles and sebaceous glands by fighting their tendency to supply an excessive amount of or insufficient sebum.

Jojoba oil is non-comedogenic, which means it won’t clog pores. The similar molecular structure that makes jojoba oil readily acceptable by the scalp also dissolves sebum, scales, and other types of debris that may have clogged the follicles. Its anti-inflammatory properties can soothe the scalp, and wax esters can help conditions like seborrheic dermatitis.

The antimicrobial and antifungal properties of jojoba oil protect your scalp from infection and soothe inflammation. Its high antioxidant content fights free radicals that damage the scalp and hair. It’s normal to lose about 100 strands of hair per day, but as the number increases, this is cause for concern.

Clogged pores can be the cause of hair loss. Jojoba oil dissolves dirt and build-up and nourishes your hair follicles from the inside out to ensure healthy hair growth. The outer layers that make up the top layer of your hair rise when damaged, making your hair vulnerable to moisture loss. Jojoba oil softens the cuticle and forms a protective layer on the shaft of your hair, which preserves the moisture in your hair and conditions while doing so.

The anti-microbial properties of jojoba oil along with its moisturizing nature will nourish your follicles and scalp and keep them healthy. It soothes your scalp, soothes irritation or inflammation, and prevents flaking of your scalp. It also relieves scalp conditions such as eczema and psoriasis that lead to the appearance of dandruff.

Jojoba oil is the perfect ingredient for a hair serum as it calms your hair without weighing it down. It will keep your hair shiny and smooth throughout the day as it is light and non-sticky. Conditions such as telogen hair loss cause your hair to fall out prematurely and follicles to settle, making your hair thinner. This oil moisturizes the hair in the strand, making it healthy and strong. Studies have shown that massaging the scalp with oil can thicken the hair shaft. Massaging your scalp with jojoba can make it healthy, nourished, and keep it clean.

Jojoba Oil for Hair How to Use

Take some jojoba oil and rub it all over your wet hair. The oil will coat the strands, helping them to absorb moisture better. Allow this to dry naturally before brushing your hair with a tangle-free brush.

Some people like to apply the oil on dry or towel-dried hair for added shine or manageability. Apply the jojoba oil on the ends of your strands and then blow dry them until they are sleek, shiny, and full of life!

Items like lotions, moisturizers, conditioners, and shampoos are just a few examples. Jojoba oil can be applied in its pure form to hair, skin, or skin. It is also a fungicide that can be used to combat powdery mildew. Just like olestra oil, which is an edible vegetable oil used as a substitute for the calorie-free fats in various foods, jojoba oil is safe for human consumption, but it is not digestible. This means that it leaves the intestine in its original form. This can lead to a stool condition called steatorrhea. It also contains aerobic acid which can affect the heart in high doses.

Jojoba oil for hair before and after

Jojoba oil is a popular choice of oil for hair. It is a plant-based oil that has been used by Native Americans for centuries. It has been claimed to have many benefits on hair, skin, and nails.

In this article, we will discuss jojoba oil for hair before and after. The primary focus of this topic will be on its effect on your hair before you start applying it and what kind of impact it has after you apply it. 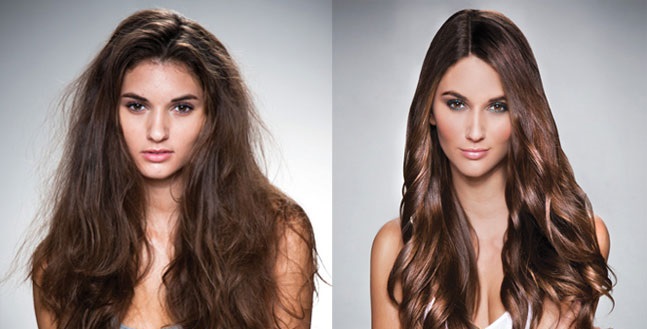 Best Jojoba Oil for Hair (brands that you can buy)

Vegan Collagen Supplements Benefits and Side…

Turmeric for Boils – A Best Time-Tested…

Cliganic’s 100% Pure Organic Jojoba Oil is cold-pressed, not completely refined, and natural. This makes it the ultimate treatment for dry skin and hair. Our virgin jojoba oil is often referred to as nature’s moisturizer because it mimics skin sebum.

Contains essential vitamins and minerals for healthy skin and hair, including Vitamin E and B complex. Its anti-bacterial, anti-inflammatory, and non-toxic properties make it a powerful all-purpose oil. It is free from chemicals and gets absorbed quickly. It’s gentle enough to be used on even the most sensitive skin.

Bio-Verdana was brought to you by Deepthi Organics. Bio-Verdana guarantees the use of environmentally friendly production processes. Luxury can be green and green can be luxury. When using OrganicVerdana products, you can be confident that you won’t spend an arm or a leg in quality. This essential oil is vegan, GMO-free, and NOP-approved. It comes in a 16-ounce bottle that is FDA compliant.

This oil can be used as a natural facial moisturizer or for areas like elbows and heels that are chapped by a lack of moisture. Gently massage a few drops into the desired area and see results.

It is extracted by cold pressing jojoba seeds of the jojoba shrub (100% organic Simmondsia Chinensis) and leaves a golden oily liquid with a rather nutty smell. The process preserves the wax esters

– which are fatty acids that store moisture in the skin and hair. If you do a “refrigerator test” (by putting the oil in the refrigerator), that oil will solidify

– these are the wax esters of the hardener. We all look for ways to make our bodies look good. Jojoba oil makes it easy to restore balance to the body by moisturizing skin, hair, complexion, and face in one natural step.

What are the Side Effects of Using Jojoba Oil on Our Scalp and Hair?

Jojoba oil is a highly-regarded oil that is often found in store cosmetics. Though it is used for many different things, it is most commonly known as hair oil. It can be used on all areas of the body, not just the scalp and hair.

Side effects of using jojoba oil are usually rare but can include irritation, skin redness, or itchiness at the site of application. It also may cause the skin to become more sensitive to sunlight, wind, or cold weather.

The benefits of using jojoba oil are vast and include helping to alleviate dryness, buildup, and flakiness in the hair follicles which leads to healthy hair growth, minimizing frizziness, and fight breakage.

What Types of Hair Care Products Can I Use with Jojoba Oil?

Jojoba is known for its oily texture which makes it an ideal ingredient for hair care products such as shampoos and conditioners.

The most popular types of hair products that can be used with Jojoba Oil are:

These products will provide hydration to the hair and scalp while nourishing strands with vitamins, minerals, proteins, lipids, and fatty acids.

These products will provide conditioning benefits to dry or rough strands while smoothing any frizziness.

Deep Treat with Jojoba Oil is a new lip balm that is applied directly to your lips as needed for instant hydration and visible results!

Why You Should Not Squeeze a Boil

How To Get Rid Of Wrinkles Under The Eyes