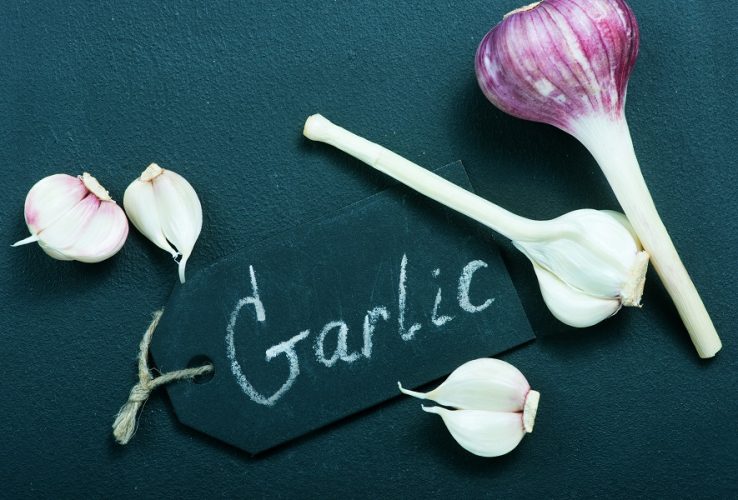 No other medicinal herb is more universally recognized and consumed by people worldwide than garlic. It is valued in every major culture in the world as a food, condiment, culinary herb, and botanical medicine.

Garlic has been part of the human experience for so long that it’s considered a cultigen, meaning that the plant is known only in cultivation, not in the wild. The original herb may have come from the high plains of a west-central Asian desert, but it evolved to its current form under the husbandry of humans.

For at least 5,000 years, since the time of the Egyptian pharaohs and even before the earliest Chinese dynasties, people have used garlic as a medicine. In central Europe in ancient and medieval times, peasants wore necklaces of garlic cloves to keep away vampires and other evils. It is used in China as a preventive for colds and a folk remedy for dysentery. It is even administered as a juice in enemas to kill intestinal parasites.

People have been aware of garlic’s medicinal properties for thousands of years. In the last few decades, more than 1,000 scientific papers have been published on garlic and related herbs of the Allium family. These studies provide strong—although not conclusive—scientific evidence that garlic has extraordinary medicinal powers.

Garlic seems to reduce blood pressure and cholesterol levels, dilate blood vessels, and thin the blood, all of which lowers the risk of heart attack and stroke. It’s believed to kill harmful bacteria in the stomach and protect against gastric cancer. It appears to be a potent antioxidant and may boost the response of your immune system. It also works as an anti-inflammatory.

When you think about the health problems that most people suffer from today, such as heart disease, cancer, and pain, they usually have as a component of some type of inflammation.

Garlic is an inexpensive, easy-to-obtain medicine. You can incorporate it into your diet and get its benefits through food. Or, if you don’t like the taste or odor of garlic, you can take it as a supplement.

The stinking rose, as garlic was called by the Greeks and Romans, is a member of the genus Allium, which also includes onions, leeks, shallots, and chives. Allium, the ancient Latin name for garlic, is believed to come from an ancient Celtic word—all, meaning “hot” or “burning.”

Try to get your quota of garlic in food, as it may be more easily absorbed into your system.

It May have originated in a west-central Asian desert; most garlic used today comes from widely cultivated modern hybrids.

Top 05 Benefits of Garlic on an Empty Stomach

Some reasons why you should eat garlic on an empty stomach:

3- Benefits of Digestion and Weight Loss

Turmeric for Boils – A Best Time-Tested…

Cautions and Possible Side Effects: 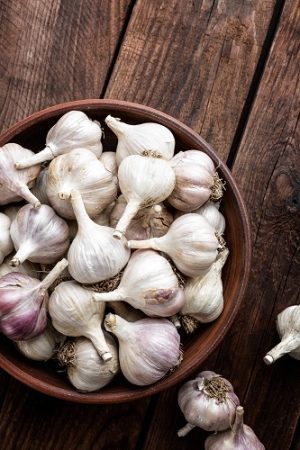 Don’t use garlic supplements if you’re taking anticoagulants (blood thinners) or hypoglycemics (a type of diabetes drug). Do not take if breastfeeding. Rarely, may cause allergic reactions.

The volatile oil of garlic gives the herb its distinctive smell and taste. The oil contains more than 30 sulfur compounds, including allicin and a number of others that are biologically active.

The most important of these is allicin, which is produced only when you crush, bruise, or cut garlic clove. As the membranes of the garlic cells break down, allin, a sulfur-containing amino acid, comes into contact with an enzyme called alliinase. The resulting chemical reaction produces allicin, a pungent and strongly antibiotic compound.

Allicin is highly unstable and quickly degrades into a number of other chemical compounds. Some of these have therapeutic properties, but exactly how they work in the body as medicines has not been determined. Since the process begins with the formation of allicin, researchers believe the allicin content of garlic is the best indication of its medicinal value.

Louis Pasteur, who invented the process of milk pasteurization and developed the germ theory of disease, first demonstrated back in 1858 that allicin is a strong antibacterial. Before the advent of modern antibiotics in the 1930s, cuts and abrasions were treated by expressing garlic juice into a wound. On the Russian front in World War II, the Soviet army relied on garlic to treat the wounded when penicillin and sulfa drugs weren’t available.

This proven antibacterial action may have profound implications in the prevention of one of the world’s most common fatal cancers: stomach cancer.

In cultures with diets high in allium vegetables such as garlic and onions, the risk of stomach cancer is low.

Garlic may prevent two other major killers, heart disease and stroke. According to several studies, if you make garlic part of your diet or if you take it as a supplement, you may lower your risk of heart disease and atherosclerosis.

When fatty plaque builds up in arteries, blood flow to the heart and brain may be impeded. Clots can form, or chunks of plaque may break loose and form blockages. That sets the stage for a heart attack or stroke.

Garlic benefits the circulatory system in several ways. It lowers levels of cholesterol and triglycerides, another type of blood fat. It also has an antispasmodic action, meaning that it dilates blood vessels and increases blood flow to the heart and brain.

At least one component of garlic, alliin, is also an antioxidant. Some nutrients, such as selenium, vitamin C, vitamin E, and in particular alliin, scavenge free radicals, the free-roaming, unstable molecules that lead to cell damage and premature aging. Free radicals have also been implicated in the growth of tumors. In laboratory animals, garlic extracts have actually inhibited the growth of cancer cells.

Garlic is effective against bacterial, fungal, viral, and parasitic infections. The volatile oil is excreted by way of the lungs—hence garlic breath—and can fight infections in the upper airway. Some Chinese studies have shown that garlic has a beneficial effect in helping to battle colds and flu.

Because of garlic’s antibacterial properties, it can help prevent secondary infections in people who have lowered immunity. An American study in 1989 found that protective natural killer cell activity was restored in some AIDS patients after they took garlic supplements for six weeks.

You don’t have to eat garlic to get the medicinal benefits. If you find the flavor repulsive or you don’t want to walk around all day with dragon breath, you can take powdered supplements, which are widely available in health food stores and drugstores.

Supplements are available as tablets, capsules, and tinctures. Although oil-based garlic preparations are widely available, their effectiveness is questionable, since allicin is unstable in oil. Moreover, since allicin is formed only when the cells of garlic are crushed to create the enzyme reaction, dried garlic doesn’t contain this important component.

Dried garlic does contain alliin and alliinase, the enzyme that converts alliin to allicin. Look for enteric-coated tablets or capsules, which are designed to pass through the stomach and degrade in the alkaline environment of the intestine, where the beneficial conversion takes place. You’ll get the medicinal benefits without the odor or taste.

How to Get Rid of Cellulite Fast at Home

The Ultimate Food List For Ulcer Patients Care: What Foods to Eat and Avoid

The Best powerful Health Benefits of Lemon And Olive Oil

Get inspired by our selection of top rated fresh meal kits