Best Uses of Balsamic Essential Oils for Your Beauty

Although the word balsamic is generally associated with an expensive gourmet vinegar nowadays, originally it meant “derived from balsam” – which is another word for resin. Several essential oils include the word balsam in their names (not all of which are derived from resin). In today’s post, I will be covering the four most commonly found, Canadian balsam, copaiba balsam, Peru balsam, and Tolu balsam, and another which is sometimes called Canada balsam, Tsuga.

Note: Friars’ balsam BP is a conventional medicine prepared from Liquidambar Orientalis and Benzoin Sumatra extracts. It is an old-fashioned treatment for the relief of cold symptoms, used in steam inhalation, readily available in chemists (possibly also in drug stores Stateside), but probably not in aromatherapy stores. As it’s not regarded as an aromatherapy product, it will not be referred to further here.

The first is distilled from the oleoresin collected from Abies balsamea (syn. A. balsamifera, A. xphanerolepis, and Pinus balsamea). Other names for this tree include American silver fir, balm of Gilead fir*, balsam fir, balsam tree, Canada balsam, eastern fir, fir balsam, or just balsam.

Balm of Gilead, also called Balm of Mecca, is an ancient remedy extracted from Commiphora gileadensis syn. C. opobalsamum. It is mentioned in the Bible but is no longer used. Its legendary healing properties and rarity have led to the name being applied to other sources of balsam, including Abies balsamea and Populus candicans.

Oleoresin is sometimes used in perfumes and has been shown to cause dermatitis in some people. In any case, do not use Canadian balsam essential oil in large amounts – excess use may cause nausea and/or act as a purgative. 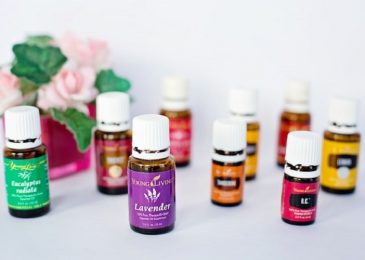 Before use, dilute in the usual way with a suitable carrier oil if used for massage or direct application.

Usually labeled Tsuga or spruce essential oil, it is analgesic (pain-relieving), antimicrobial, anti-rheumatic, and antiseptic and is used for arthritic pain, external ulcers, muscular pain, and open wounds. Another important use, resulting from research at Brigham University in 2003, is to treat breast and cervical cancer. It is the most effective treatment for cervical cancer available to the aromatherapist and ranks number three (after myrtle and sandalwood) for breast cancer.

Generally considered safe, but may cause sensitization. Before use, dilute in the usual way with a suitable carrier oil if using for massage or direct application.

Before use, dilute in the usual way with a suitable carrier oil if used for massage or direct application.

Peru balsam and Tolu balsam are different varieties of Myroxylon balsamum. Balsam of Tolu comes from M.b. var. balsamum (syn. Toluifera balsamum) and balsam of Peru from M.b. var. pereirae (syn. Myrospermum pereirae, Myroxylon pereirae, and Toluifera pereirae), though Peru balsam is sometimes just labeled as Myroxylon balsamum. Both types of essential oil are produced by the distillation of balsam collected from the tree.

Frankincense, also known as olibanum, is obtained from a shrubby tree of the genus Boswellia, native to the arid regions of Africa and the Middle East. For centuries it has been an important ingredient in religious ceremonies and it can be very useful for home use too.

In aromatherapy, frankincense oil is valued for its effects on the respiratory system. It can be used in steam inhalations, baths, and massages for catarrh, bronchitis, and coughs. The oil is also recommended for sufferers of asthma but in this case, there should be medical supervision.

Female users have also reported that baths and massages with the oil can help reduce excessive menstruation associated with menopause. Baths and massages can also help reduce pain in muscles and joints so it is sometimes used as a remedy for rheumatism and arthritis. Frankincense is beneficial for oily skin and is also used on mature skin. It is also good for tiredness, grumpiness, negative moods, lack of confidence, and emotional turmoil.

Some women may find that the smell is too masculine for them and in these cases, it can be blended with other oils such as rose, neroli, or lavender. Frankincense is perfectly safe for home use as long as it is diluted before application.

All You Should Know about Massage Benefits

Best Garlic Oil Benefits and Uses For Your Health

Aromatherapy all Thing you Should be Know