Chamomile Plant – An Amazing Herb That Treats More Than 100 Diseases 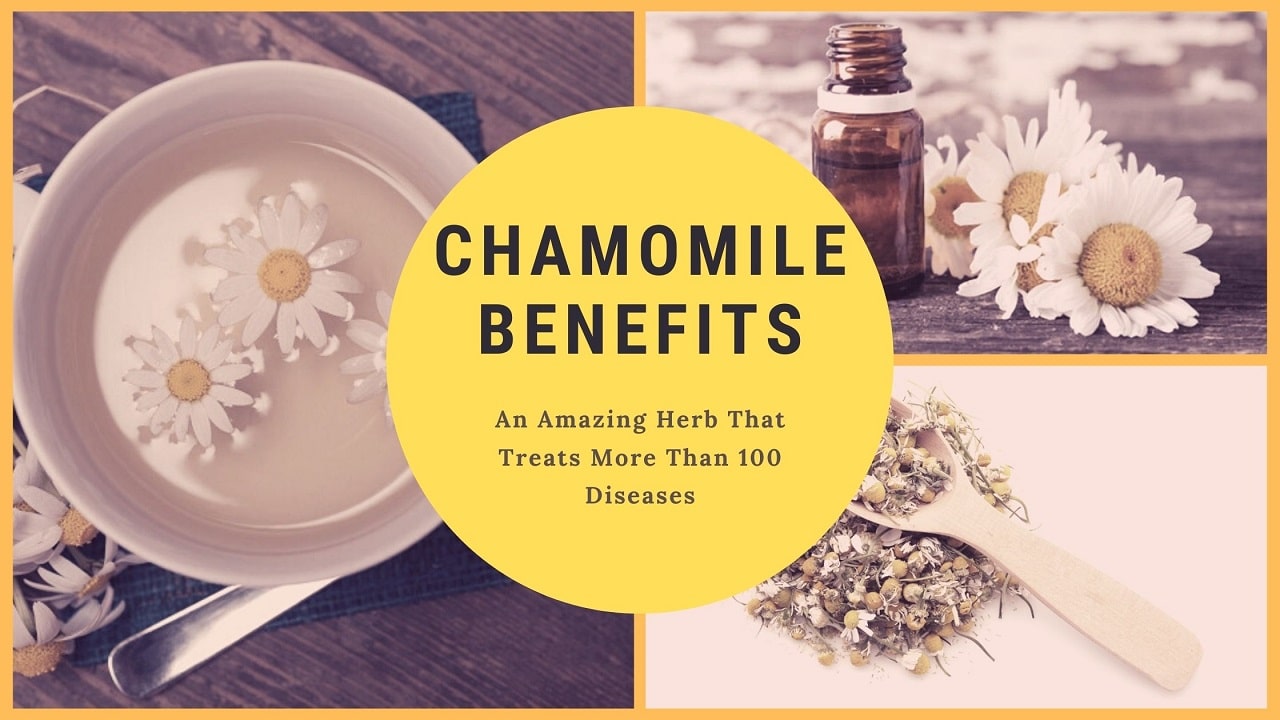 Best Chamomile Benefits for your Health

One of the health benefits of chamomile is that it increases the strength of a person’s immune system. Where drinking chamomile tea during a cold and cough helps you recover from it faster.

Help get rid of sleep disturbances and insomnia.

It helps in the process of relaxing muscles and getting rid of cramps, as it relaxes the muscles of the uterus and relieves the pain of menstrual cramps. Chamomile can also help relieve stomach cramps during your period.

Benefits of Chamomile for the Skin

Benefits of Chamomile on the Digestive System

Benefits of Chamomile on the Respiratory System

Benefits of Chamomile on the Circulatory System:

Benefits of Chamomile for the Eye

How to Prepare Chamomile Tea

In order to benefit from the benefits of chamomile and its distinctive compounds and prevent the effective oils from fumigating, it is advised not to boil chamomile with water, but to add a tablespoon of chamomile to a cup of boiling water, then leave it 10-20 minutes in the water before using it for drinking or as a cleanser for any area of ​​the body.

Excessive consumption of chamomile may cause nausea and vomiting.

– Cautions that pregnant women drink chamomile because it may cause uterine contractions, based on European research.

People who are allergic to some compounds of chamomile.