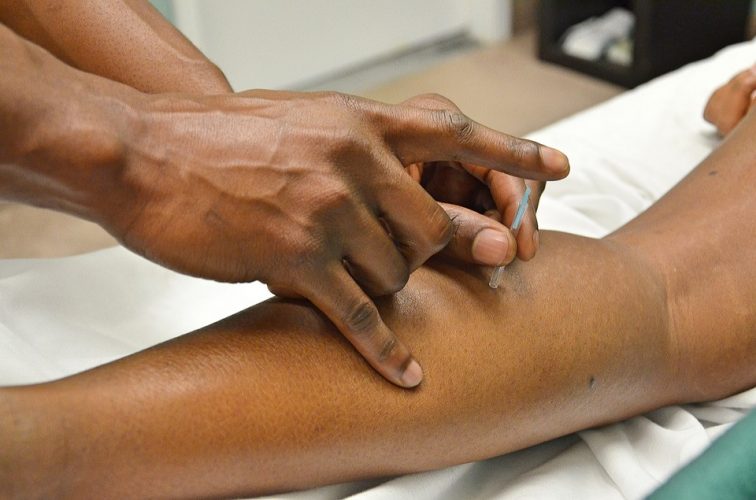 Acupuncture is a complex system of diagnosing, treating, and prevention diseases. It holds a special place in traditional medicine. Many theories try to explain the mechanisms by which acupuncture helps the human body regenerate and heal itself, in a miraculous way in most of the cases. However, there is no connection between its principles of action and the anatomical structure of the body or that of the nervous, circulatory, or lymphatic systems.

The theories approaching the mechanisms of acupuncture from an anatomical point of view cannot cover and explain its action, even though the anatomical structure of the body has been thoroughly studied a long time by scientists who belonged to prestigious medical or religious centers throughout the world. According to the Eastern belief, the material body is supported by the energy skeleton. Acupuncture therapy releases and removes the minor or major energy disorders that occur in the respective energy system.

The anatomical studies and approaches cannot cover the complexity of acupuncture as a system of treatment, because they do not take into account the idea of the energy system, as it exists in the Eastern belief. The respective notion is common both with the Asian peoples and with the Indian one, as the concept of energy skeleton is similar to the aura in the Hindu culture.

The Origins of Acupuncture

The origins of acupuncture go far back in history, to immemorial times, but this method of treatment has been as old as a civilization on Earth. In the beginning, the energy points were stimulated by warm or cold stones; later they were stimulated by small-sized, arrow-like, stone needles that were inserted into the body in particular areas. In time, the stone arrows were replaced by bamboo ones. The efficiency of techniques and procedures increased when needles were made of iron.

At present acupuncture is a method of prevention and treatment acknowledged worldwide. However, it holds a special place in the medicine of the Chinese people. They have brought the greatest contribution to the development and use of acupuncture as a treatment for the masses. Although prohibited between the years of 1929 – 1958, acupuncture was approved of by the Chinese political regime later, and the ban was lifted.

The first acupuncture treatise dates 4,500 years back. It includes a collection of books, 34 volumes put together under the name of Hei CHING. They comprise medical cases and methods of treatment used. In the first book, Doctor Pien Chi’ao tells how he managed to bring back to life a patient in a coma. The medical case and the methods used are thoroughly described and scientifically explained. The doctor also mentions that to achieve the perfect energy balance, he complemented his acupuncture treatment by medicinal herb extracts that were taken 20 months.

The System of Acupuncture Therapy

The system of acupuncture therapy is born out of the philosophy and the psychology of Chinese traditional medicine – Kampo. This system originates in the Chinese culture, but it was integrated into the Japanese and the Taiwanese treatment methods, too. Kampo gathers together all the phenomena and all the manifestations of nature, all the things that surround us. It explains the nature and the seasonal phenomena, as well as all the experiments in traditional medicine done by all the civilizations on Earth over time.

In this complex of beliefs, the human energy systems are defined philosophically and by genesis as Yin (-), the female origin, and by Yang (+), the male origin. The organs in the human body are classified according to this criterion; therefore they are ranged as Yin organs and Yang organs. The human energy is also divided into Yin energy and Yang energy. The theory of Yin and Yang explains the relationship between man and Universe, and the human existence as well, as a continuous balancing of the two types of energy.

These energies complement each other and together they maintain the balance of the vital body – a state which Western medicine defines as homeostasis for the material body. According to Yin and Yang theory, the human body is subject to 5 elements: vegetation, warmth, earth, mineral, and fluids. The energy of the human body is divided among the organs and it is considered that: heart corresponds to fire, spleen and pancreas to earth, lungs to metals, kidneys to water, and liver to wood. The whole body is divided into meridians about the main organs.

The acupuncture techniques are applied to the 14 energy meridians distributed throughout the human body. All meridians, save for THE TRIPLE ENERGIZER, correspond to the internal organs. The masters of traditional medicine avoid gracefully discussing THE TRIPLE ENERGIZER and its effects upon each meridian because the subject leads to the secrets of life and human evolution.

Each Meridian is Made up of 6 Basic Points

it is in these points that the acupuncture needles are inserted to balance the energy system. There is a hot foot point on each meridian, namely an alarm point.

Where there is a discontinuity in the energy, the alarm point gets painful at a gentle touch.

The actual treatment on the respective meridian starts at these points, by inserting the needle or possibly by using moxibustion or certain mixtures of medicinal herbs.

Until the last century, there were described 800 acupoints of the human body. R

exactly, there have been added another 140; all in all some 940 corresponding points of the human body.

The Traditional Methods of Diagnostic

The traditional methods of diagnostic consist of investigating the condition of a body at hand level and the level of the external ear.

According to traditional medicine, any disorder is born out of a disbalance between the two types of energy; a disorder among the elements making the human body or one in the relationship between the yin and the yang organs. That is why, treatments by acupuncture and by medicinal herbs mixtures, administered in proper dosages and made according to accurately drawn recipes can be applied to every pathological typology.

The efficiency of the acupuncture treatments in combination with medicinal herbs mixtures is proven by the longevity of these two queens of traditional medicine and by the fact that mankind is turning back towards these systems, seeking remedies for the diseases of a century in which science proves the ancient truths. The fact that acupuncture, in association with certain medicinal herbs, replaces the action of the chemical anesthetics shows once more a truth known by our ancestors.

Understanding Botany for Aromatherapy: What is a Hybrid Plant?

This website uses cookies to improve your experience. We'll assume you're ok with this, but you can opt-out if you wish. Accept Read More