TheBest  Benefits of Cranberries For Health

Cranberries! Red gold used by many as another name for the cranberry. Cranberry bushes grow in bogs and produce almost indefinitely. When the snowball cluster of white flowers is fully opened on the last of June, the cranberry growers bring in hives of bees. It takes about nine million bees to completely pollinate the blossoms on 100 acres of cranberry marsh. The berries will ripen in September and October.

Native Americans discovered that cranberries could be used as food, medicine, and dye. They mixed venison with mashed cranberry and made pemmican. By boiling the berries, a jelly formed to be eaten as trail rations. The Indians greeted the Pilgrims with branches of the bright red sour berries as a symbol of peace. Tradition informs us that cranberry graced the first Thanksgiving table.

If the cranberries are to be used in sauces, juices, and processed products, they are gathered with mechanical harvesters. The beds are flooded. The machines have rotating reels called beaters that knock the berries into the water. Wooden float-boards pick them up.

When cranberries are sold as fresh produce, they are packed with fresh fruit harvesters with rotating heads that gently comb the bushes to dislodge the fruit. These berries are conveyed into wooden boxes on barges behind the harvester.

John “Peg-Leg” Webb dropped a barrel of cranberries and discovered that fresh firm fruit bounced. Air pockets inside caused the bounce. Bruised and rotten berries had no bounce. John’s discovery led to the development of the cranberry-bounce-board separator that’s still used today. 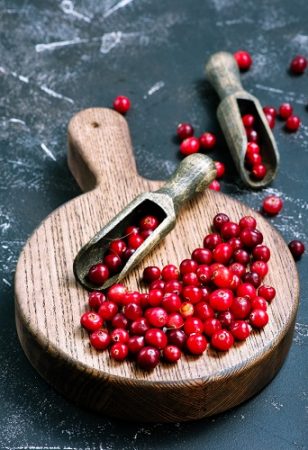 Some doctors maintain cranberry has a curative power; other doctors declare water is as effective.

This research was published in The New England Journal of Medicine on October 8, 1998.

In the past, cranberry, one of the three native fruits of North America, adorned the table only at the Thanksgiving and Christmas holidays.

What is Goldenseal? Uses and Health Benefits